SAN FRANCISCO Bay Area Rapid Transit (Bart) moved a step closer to the introduction of its Bombardier Fleet of the Future cars this week with the start of mainline testing during normal operating hours. 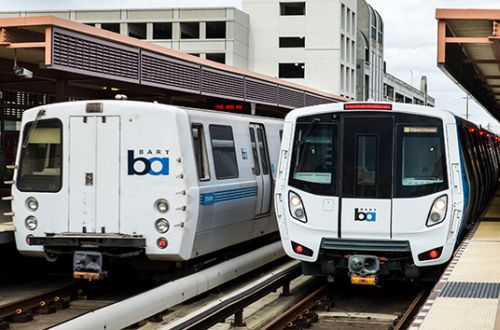 An initial order for 260 vehicles was placed in 2012 and the first pre-series 10-car train was delivered in 2016. At least 35 cars are due to enter passenger service before the end of this year, subject to the successful completion of safety and reliability tests. At least 166 cars will be in service by the end of 2018, and the entire fleet of 775 cars will be delivered by autumn 2022.

California Public Utilities Commission requires trains to pass 16 tests before they can be certified for passenger operation.

The vehicles are being assembled at Bombardier’s plant in Plattsburgh, New York.