BC pipeline protest closes CN and Via Rail networks

A protest against the construction of the 670km Coastal GasLink pipeline in British Columbia, which led to blockades of CN tracks, has forced the Class 1 railway to shut its eastern Canada rail network, crippling the Via Rail passenger network. 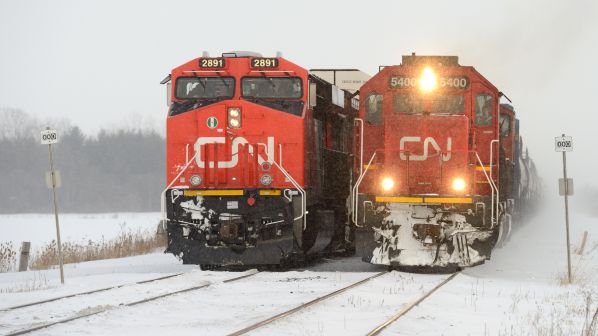 The $C 6.6bn ($US 5bn) pipeline will transport liquified natural gas from the Dawson Creek area in northern British Columbia to a new plant in Kitimat for export. Part of the pipeline crosses land belonging to indigenous people, some of whom say the pipeline will damage the environment. The protests have escalated with supporters across Canada blockading railways and ports.

CN says it obtained court orders and requested police assistance to remove the blockades in Ontario, Manitoba, and British Columbia. “While the illegal blockades have come to an end in Manitoba and may be ending imminently in British Columbia, the orders of the court in Ontario have yet to be enforced and continue to be ignored,” CN says.

As a result, CN announced on February 13 that it has initiated a progressive shutdown of its operations in Eastern Canada including halting all trans-continental trains. CN says the shutdown may imminently lead to temporary layoffs of operating staff in Eastern Canadian.

As a result of the CN shutdown, Via Rail says it has no option but to cancel all its train services until further notice. The only exceptions are the Sudbury - White River service, which runs on CP Rail tracks, and the Churchill - The Pas service which operates on the Hudson Bay Railway. Via Rail says it will refund passengers automatically.

The CN shutdown does not affect commuter rail services in eastern Canada such as Metrolinx in Toronto. However, protesters blocked tracks in CP Rail’s Port Coquitlam yard which halted most West Coast Express commuter trains into Vancouver on February 14.

“With over 400 trains cancelled during the last week and new protests that emerged at strategic locations on our mainline, we have decided that a progressive shutdown of our Eastern Canadian operations is the responsible approach to take for the safety of our employees and the protestors,” says Mr J J Ruest, CN’s president and CEO. “This situation is regrettable for its impact on the economy and on our railroaders as these protests are unrelated to CN’s activities, and beyond our control. Our shutdown will be progressive and methodical to ensure that we are well set up for recovery, which will come when the illegal blockades end completely.”