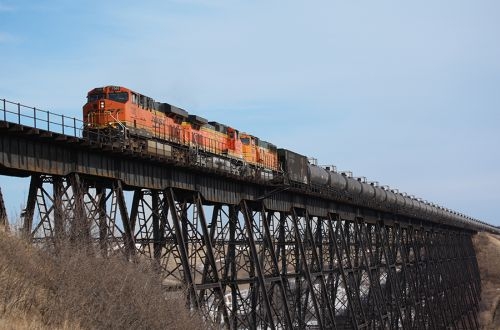 BNSF says the largest component of the plan is the $US 2.3bn it has allocated towards its core network and related assets. The Class 1 also plans to spend approximately $US 1.6bn on locomotive, wagon and other equipment acquisitions during the year, while the programme includes about $US 200m for positive train control (PTC) installations, and $US 900m for terminal, line, and intermodal expansion and efficiency projects.

BNSF says its expansion and efficiency projects will primarily focus on line capacity improvements to accommodate expected growth in the transport of agricultural products, and in the intermodal and automotive sectors, as well as industrial products relating to crude oil production. The railway will also invest in terminal improvements that will enhance productivity and speed of delivery.

More than $US 900m of the capital plan is being allocated to expansion and maintenance on the Northern Corridor from Chicago via Iowa, South and North Dakota, and Montana to ports in Oregon, Washington and British Columbia. The company says these investments will put it in a position to meet all customer service expectations, including Amtrak.

"Our capital plan continues to focus on improving our ability to meet our customers' service expectations, increasing our capacity where there is growth and strengthening our railroad to help it remain the safest means of ground transportation for freight," says Mr Carl Ice, president and CEO of BNSF.

BNSF says it handled more than 50% of the growth reported by the North American railway industry in 2013, which was led by an 8% increase in domestic intermodal units, an 11% increase in industrial product volumes led by crude crude oil-related traffic, a 3% increase in coal volumes, and a fourth quarter surge in agricultural products.