FLORIDA-based private operator Brightline, which has operated as Virgin Trains USA since 2019, has announced that it will revert to its former name and end its partnership with Virgin Enterprises, following a termination notice delivered on July 29. 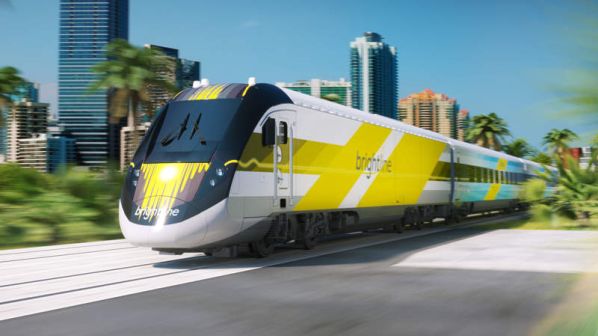 The operator, which currently runs a 112.7km service between Miami and West Palm Beach, stated in its monthly operations report that it will “change its name to Brightline Trains LLC following the expiration of the applicable notice period for name changes under the senior loan agreement.”

Brightline also states that Virgin has no remaining equity ownership or affiliation with the company following a termination notice delivered on July 29. It adds that Virgin plans to dispute the notice.

The operator rebranded as Virgin Trains USA as part of a 20-year licencing agreement with the conglomerate agreed in November 2018, which also saw the operator rename its main station as Virgin MiamiCentral.

The deal was made in advance of a planned initial public offering (IPO) intended to finance a 273km extension to Orlando. The IPO was later scrapped on pricing day in February 2019 following approval to raise $US 950m in loans as part of a strategy to retain private control of the company.

Brightline has currently suspended all services due to the coronavirus pandemic. Work on an extension to Orlando began on June 24 2019. Right-of-way lease negotiations on a further extension between Orlando and Tampa were put on hold in March due to the pandemic.

The operator also intends to expand its operations to include a $US 4.8bn 273.6km high-speed rail connection between Las Vegas and the town of Apple Valley, 144.8km northeast of Lost Angeles. Construction on the project is scheduled to begin later this year with services planned to launch from 2023.

The news follows significant turbulence for the Virgin brand in the past year, which included the loss of its British West Coast rail franchise in December 2019. Virgin Atlantic, the conglomerate’s airline, filed for bankruptcy on August 4 following disruption caused by coronavirus pandemic.