THE first Brightline train began testing on January 19 on a 14.5km test track from Park Place in West Palm Beach to Central Boulevard in Lantana. 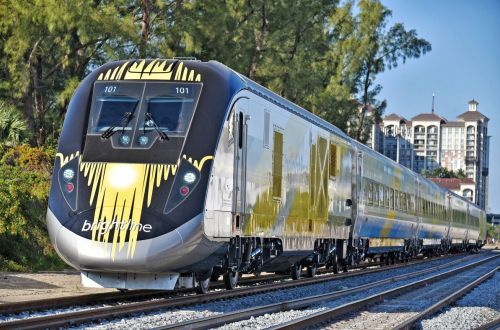 The 152m-long train comprises two locomotives and four coaches. The testing is not expected to disrupt other rail traffic.

The testing will cover three general areas: dynamic testing of the rolling stock, system integration tests between the train and railway infrastructure, and a series of tests required by the Federal Railroad Administration (FRA).

“The start of dynamic testing for our first trainset brings us another step closer to the launch of our express, inter-city service this summer,” says the president of Brightline, Mr Michael Reininger. “We expect this trainset, built with the most advanced equipment will perform very well during the initial testing phase.”

Brightline will use 20,500kg of sand to simulate the load of passengers, baggage and supplies.