PRIVATELY-FUNDED passenger rail company Brightline showcased its first completed train for its new Florida intercity service on January 11, and it will begin testing on a 16km section in West Palm Beach, Florida, later this month. 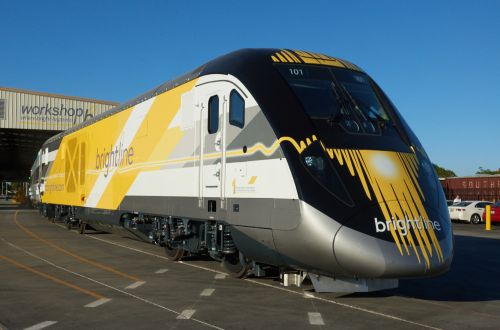 Testing will commence at Brightline’s new facility in West Palm Beach which will be used for the repair, maintenance, cleaning and storage of the new trains.

The first completed train, which has been named “BrightBlue,” is the first of five trains, with the remainder expected to arrive this spring.

As of December 2016, the stations in Fort Lauderdale and West Palm Beach were 70% complete, while the MiamiCentral station is currently having beans installed for its elevated track.