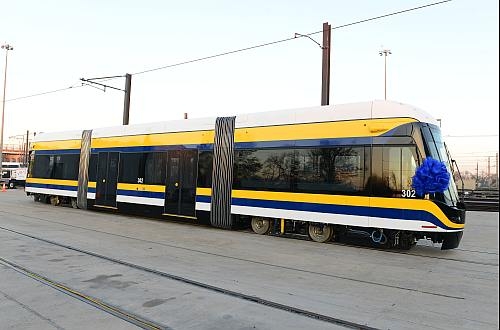 The 20.2m-long three section vehicles are equipped with an onboard lithium-ion energy storage system to enable catenary-free operation over the 101-year-old Houston Street viaduct. The batteries are charged through the overhead catenary and the charge state is monitored by an integrated battery management system.

Brookville was awarded a $US 9.4m contract in March 2013 to supply vehicles for the $US 56m four-station line, which is the first in the United States to use catenary-free vehicles.