CALIFORNIA Transportation Commission (CTC) approved $US 703.6m in SB-1 funding for Los Angeles County Metropolitan Transportation Authority (LACMTA) transport projects on May 16 as part of its transport funding allocations for agencies in the state. 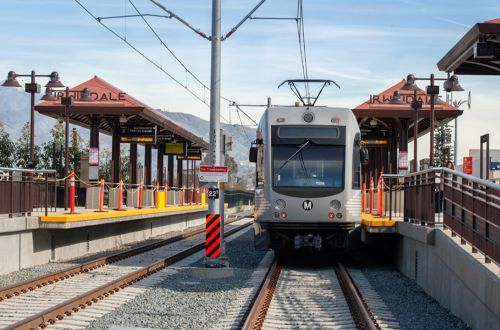 This is in addition to more than $US 1bn awarded recently to LACMTA by California Transportation Agency (CalSta) as part of its SB-1 funding for transit and inter-city rail capital improvements. These two amounts are expected to fund more than $US 1.8bn in LACMTA projects for several years.

SB-1 is California’s gasoline tax and vehicle fee transport funding programme approved in 2017 and signed into law by California’s governor Mr Jerry Brown. The awards are the largest allocation of SB-1 funds in California so far, and LACMTA has received 26% of total state funding. SB-1 gasoline tax funds will be combined with locally-generated transport sales tax contributions to continue expanding Los Angeles County's transport network. Los Angeles County has seven of the state’s 10 most congested highways and its ports handle 86% of all containers in California.

LACMT’s projects were chosen as solutions to transform the county’s bus and rail networks, reduce greenhouse gas emissions and vehicle-km travelled and enhance mobility in the area.