CALIFORNIA is set to begin construction on the first phase of its $US 68.4bn high-speed network by the end of the year after the state Senate narrowly approved the initial $US 5.8bn tranche of funding. 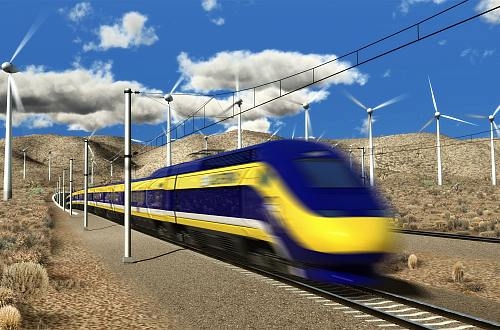 After weeks of intensive campaigning and lobbying, Governor Mr Jerry Brown was able to muster only a 21-16 vote in favour of the legislation, which authorises $US 2.6bn in state bond funding, to be matched by a $US 3.2bn federal contribution. US transportation secretary Mr Ray LaHood warned in May that California could forfeit Washington's grant if it failed to approve state contributions.

Many opponents in the state Senate, mostly Republican, have argued that California's budgetary crisis makes any investment in high speed rail questionable. They have also have cited recent opinion polls suggesting the project has lost public support, and suggest that the matter should be settled in a public referendum.

Californian voters approved a state bond measure in November 2008 which allows the state to raise up to $US 9bn through 30-year general obligation bonds for the high-speed line, together with $US 950m for associated improvements on conventional lines.

The bill passed by both the Assembly and the Senate includes $US 5.8bn for construction on the first 209km phase of the Initial Operating Section (IOS) between Bakersfield and Madera, north of Fresno, together with almost $US 2bn to improve commuter rail lines around Los Angeles and in the San Francisco Bay Area, which will allow high-speed services to enter cities on conventional lines.

"[The] vote to commence construction, like all major public policy decisions, is the result of hard work and collaborative effort," says California High Speed Rail Authority chairman Mr Dan Richard. "The legislature's action sets in motion a State-wide rail modernisation plan for California. Not only will California be the first state in the nation to build a high-speed rail system to connect our urban centres, we will also modernise and improve rail systems at the local and regional level. This plan will improve mobility, reduce emissions, and put thousands of people to work while enhancing our economic competitiveness."

A full description of the California High Speed Rail project appeared in the July issue of IRJ, and can be viewed online here.