SOUTHERN California commuter rail operator Caltrain is preparing to launch an environmental review of its plans to electrify the San Francisco – San Jose line with a series of public meetings on the project. 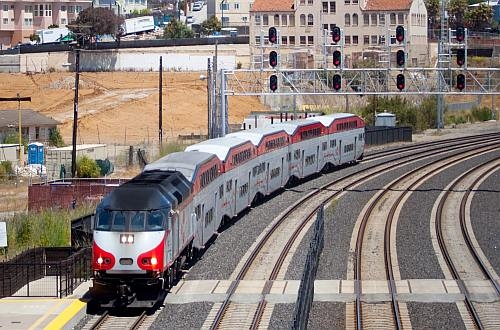 The consultation is the first step in the formal process of obtaining state environmental clearance for electrification, which was proposed last year by California High-Speed Rail Authority (CHSRA) as one of its early investment projects. However, the environmental impact report for the project does not cover plans to incorporate the line into the high-speed network, which will be subject to a separate environmental review.

The electrification project is due to be completed by 2019, although the line is unlikely to carry high-speed services until 2026 at the earliest.