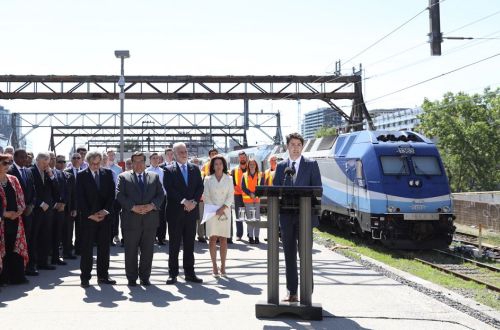 Federal funding for the 67km automated light metro network is being drawn from the long-term Investing in Canada infrastructure plan.

Trudeau also announced that it will be possible for the province of Quebec and CDPQ Infra to put the project forward to the Canada Infrastructure Bank for independent analysis and consideration for funding. If the bank decides to invest in REM, the allocation from Quebec’s transit budget could be reduced.

“The REM is one of the most ambitious public transportation projects in our history,” says Trudeau. “In addition to making it quicker and easier for millions of Quebec residents to get around, the REM will reduce the number of cars on the roads, help ease traffic and make the air cleaner.”

An interview with CDPQ Infra president and CEO Mr Macky Tall will appear in the July issue of IRJ.