GENESEE & Wyoming Canada has announced that its Huron Central Railway (HCRY) subsidiary will cease operating by the end of the year, citing a lack of funding from the province of Ontario to maintain services on its 283km line between Sault Sainte Marie and Sudbury. 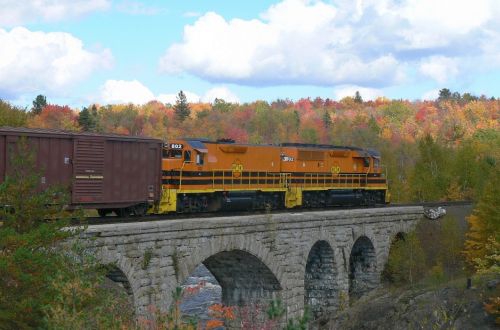 The shortline was established under a 1997 lease agreement with Canadian Pacific. Genesee & Wyoming Canada notes that the railway serves major employers in the region, including Domtar, Algoma Steel and Eacom, which together ship approximately 13,000 wagon loads of freight a year.

“We are obviously disappointed with this turn of events,” says Mr Louis Gravel, president of Genesee & Wyoming Canada. “We have done everything in our power to keep HCRY in operation, but both the provincial and federal governments have turned a deaf ear on the situation.”

The company says changes in commodity demand resulting in carload declines, coupled with increased maintenance and regulatory compliance costs have made the line economically unviable without strategic investments from government.

While the Ontario provincial government has provided interim funding through a regional development agency, the railway says it will not support the line's operations beyond the end of the year.

In 2010, HCRY received both federal and provincial funding to support essential maintenance and rehabilitation costs intended to keep the rail line operational until 2015. During that time, HCRY contributed three times more than anticipated, enabling the company to keep the railway safe and operational through 2018. Genesee & Wyoming also noted the lack of support from Transport Canada's National Trade Corridors Fund as another funding blow to maintenance.

“Despite intense efforts and numerous meetings with provincial officials to make them aware of the railway's critical financial situation, HCRY has been unable to obtain long-term financial support to continue operations. As of today, there is still no federal government infrastructure program that adequately addresses the funding needs of shortline freight railways such as HCRY, which as low-volume lines, typically inherited years of deferred maintenance from prior operators,” the company said in a statement.