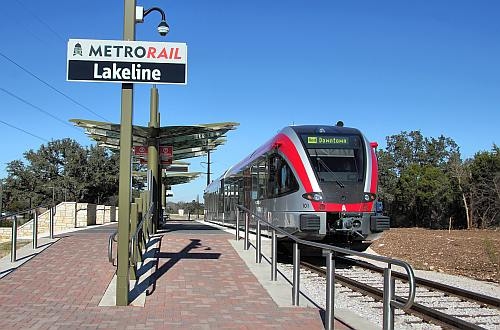 The two-year project, which is being implemented with the aid of a $US 11.3m grant from the US federal government, will include the construction of a second track at three stations and upgrading of level crossings and signalling equipment with the aim of improving journey times and eventually increasing capacity.

The Red Line opened in March 2010 floowing a prolonged dispute with federal authorities over whether the line should be classified as diesel light railway transit (DLRT), the designation sought by CapMetro, or commuter rail, as federal authorities ultimately decreed.

According to the American Public Transportation Association (Apta) the 11-station has average weekday ridership of 3500 passengers. Services are operated by a fleet of six GTW dmus supplied by Stadler.