CHICAGO Transit Authority (CTA) has received $US 1.07bn in funding from the United States’ Federal Transit Administration (FTA) to support phase one of its Red and Purple Modernisation Project (RPM). 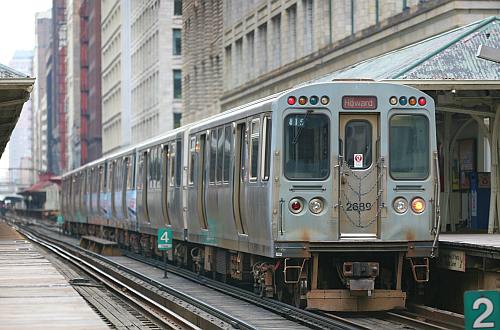 The grant funding will enable CTA to reconstruct a section of metro on the city’s north side and boost capacity on one of the CTA’s busiest corridors.

Specifically, the project entails track improvements north of the Belmont station to ease congestion at a connection point for the Red, Purple and Brown lines. The CTA also plans to rebuild and expand four stations - Lawrence, Argyle, Berwyn and Bryn Mawr - to address current and projected demand, in addition to completing upgrades of the power, track and signalling systems. The transit authority will also purchase 32 new metro cars.

The United States Department of Transportation (USDOT) is providing approximately $US 1.07bn toward the project’s total $US 2.067bn cost. Federal funds being used include a core capacity construction grant agreement for $US 956.6m through the FTA’s Capital Investment Grant (CIG) Programme, and approximately $US 116m through the Department’s Congestion Mitigation and Air Quality Programme. The CIG funds will be allocated throughout a period of nine years on an annual payment schedule, which will also be subject to Congressional approval during the yearly appropriations process.

In addition, in November 2016, Chicago City Council approved the creation of a dedicated Tax-Increment Financing District (TIF) that will generate $US 622m to support the first phase of RPM.

“FTA is awarding highly competitive grant funds for this project because there is a clear need for transit improvements in this busy, crowded corridor,” Flowers says. “When completed, this project will make a big difference for CTA riders with increased service, less crowding aboard trains, and better waiting conditions at larger reconstructed stations.”

Work on Red Line North follows the $US 425m project to entirely reconstruct Red Line South, refurbish stations and rebuild tracks, which was completed in 2013 and cut a complete journey by 20 minutes. In November 2016, the CTA announced $US 75m in funding for the $US 2.3bn Red Line Extension (RLE) project, a plan to extend Red Line to 130th Street from 95th Street on Chicago’s Far South Side. The 8.5km extension includes four new stations near 103rd Street, 111th Street, Michigan Avenue, and 130th Street.

Design and engineering work is expected to begin in 2017, and CTA anticipates construction work to begin in late 2018 and take four to five years to complete.
CTA has invested more than $US 5bn to improve its network since 2011, and plans to invest a further $US 3.5bn between 2017 and 2021.