THE board of Chicago commuter rail operator Metra has approved a $US 70.9m contract with Progress Rail to purchase 15 remanufactured diesel locomotives to modernise its ageing fleet. 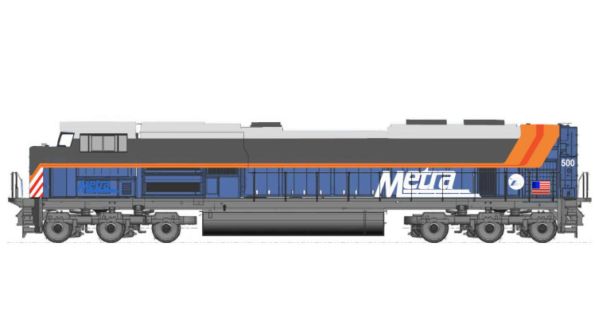 The project involves rebuilding six-axle ac traction SD70MAC freight locomotives, 1109 of which were built by EMD between 1993 and 2004. Metra says all components will be refurbished, upgraded or replaced and the locomotives will be modified for passenger operation. The remanufactured units will be designated SD70MACH.

Under a Request for Proposals (RFP) issued in April 2017, Metra sought offers for new or remanufactured locomotives and subsequently opted for the latter option as it allowed the purchase of more locomotives than the new-build option.

The contract includes options for up to 27 additional units, which will be purchased if funding becomes available.

“Our goals with this locomotive purchase are to increase reliability and improve the state of good repair on our system,” says Metra CEO and executive director Mr Jim Derwinski. “These like-new locomotives will be replacing some of the oldest locomotives in our fleet, and we would expect to see a significant increase in reliability as these newer locomotives are introduced.”

Metra says around 70% of its current fleet of 147 locomotives is in “marginal or poor condition.” Last year Metra acquired 24 FP59PHI passenger locomotives from Amtrak California at a price of $US 1.3m each, and these will reduce the percentage to around 45%. The arrival of the SD70MACH fleet will reduce the figure again to 14% by 2023.

The modernisation of the locomotive fleet will also reduce greenhouse gas emissions and the SD70MACH will comply with US Environmental Protection Agency (EPA) Tier 3 emissions standards.  Replacing 42 Tier 0+ locomotives with Tier 3 units is expected to reduce nitrous oxide emissions by 55 tonnes a year.