THE board of Canadian National Railway (CN) has appointed Mr Jean-Jacques Ruest as president and CEO, effective immediately, and has also appointed him to the board of directors. 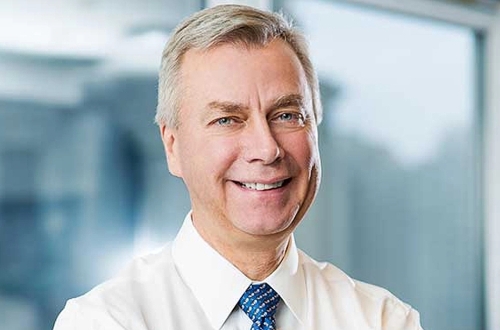 Mr Jean-Jacques Ruest has been appointed president and CEO of CN.

Ruest is a 22-year veteran of the railway who has been serving as interim president and chief executive officer since March 5, following Mr Luc Jobin’s resignation.

Ruest holds a Master’s in business administration in marketing from HEC Montréal and a Bachelor of Science degree in applied chemistry from Université de Sherbrooke. He also completed the executive programme of the University of Michigan Business School, and CN’s Railroad MBA programme.

“He brings vision, energy and speed to the role,” says CN board chairman, Mr Robert Pace. “JJ brought the team together to tackle the immediate operational and customer service challenges the company has been facing since the fall of 2017. Following a global search, the board concluded that JJ is the right leader to accelerate CN’s innovation strategy, to lead the company forward, and to restore and retain industry-leading metrics and best-in-class customer service.”

“I am very proud to be a CN railroader, and I am honoured and humbled by the board’s confidence in me and the entire leadership team,” Ruest says. “CN’s leadership team and I are committed to re-establishing best-in-class operational excellence on a sustainable basis; to growing the value of the company, and to building the CN brand. We will do so by investing in human capital, efficient and effective digitisation, and infrastructure that will drive future growth. We will write the next chapter in CN’s history as we embark on our second century of serving customers safely and efficiently.”