CANADIAN National (CN) announced on March 5 that its CEO Mr Luc Jobin is leaving the company with immediate effect following a period of operational difficulties which has drawn sharp criticism from some of the railway’s customers. 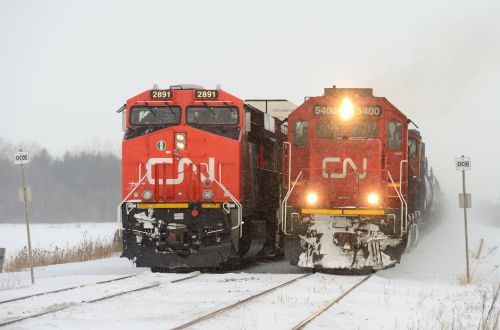 Executive vice president and chief marketing officer Mr Jean-Jacques Ruest has been appointed interim president and CEO pending the appointment of a permanent successor to Jobin.

Severe winter weather, coupled with a large grain harvest, surging oil production and what CN describes as “insufficient network resiliency” has created a perfect storm, with the railway struggling to deliver enough wagons to meet demand from shippers. According to the latest weekly performance update from the Ag Transport Coalition, CN supplied only 17% of hopper wagons requested by grain shippers, providing just 693 of the 4112 wagons orderded. The coalition says this is CN's worst performance in the current grain year and the 18th time in 20 weeks that CN has failed to supply at least 80% of wagons ordered by shippers.

“CN must accelerate execution of the innovation strategy articulated at our Investor Day last June,” says board chairman Mr Robert Pace. “The Board is confident this remains the right course to restore and retain industry-leading metrics and best in class customer service.”

CN has set a record capital budget of $C 3.2bn for the 2018 financial year with the aim of boosting capacity though infrastructure enhancements, 60 new locomotives from GE, and investments in terminals and equipment.