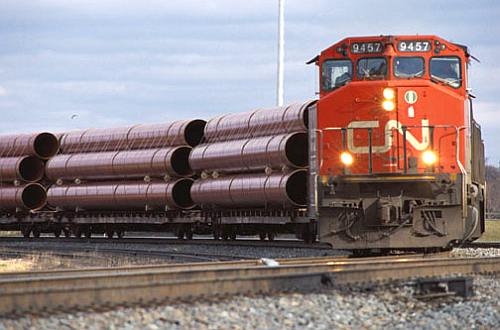 In the wake of the review, Mongeau has called on the federal government to carefully weigh the future regulatory environment for Canada's rail industry. “Shippers' demands for greater government intervention in rail service are clearly misguided,” he says. “This regulatory stance represents a missed opportunity to take supply chain collaboration to the next level. Make no mistake—the intrusive, regulatory-based approach to service demanded by shippers would be unprecedented in a market-based economy. Such an approach would send mixed signals to customers and suppliers around the world about the government's approach to commercial markets for rail transport in Canada.”

CN has welcomed the key recommendations of the RSFR facilitator, Mr James Dinning, in particular his call for Canadian railways and their customers to use the so-called Service Agreement Template as a basis for negotiating service level agreements.

However, CN says customer groups have demanded the government grant individual shippers the power of veto over service standards through financial penalties against railways, and require the imposition of third-party service-level agreements if a railway and customers fail to concur on the terms of a service agreement.

“The shippers' regulatory stance, would if legislated, deter railways' willingness to innovate and to work collaboratively with customers to develop more ambitious service standards,” says Mongeau. “It would chill the current service improvement momentum and would damage the supply chains that CN serves in the Canadian economy.”