THE Canadian city of Edmonton officially launched construction of the first phase of the light rail Valley Line on April 22, when the city's mayor Mr Don Iverson was joined by federal minister of infrastructure and communities Mr Amarjeet Sohi, Alberta minister of transportation and infrastructure Mr Brian Mason, and representatives of indigenous communities for a groundbreaking ceremony at the site of Muttart station. 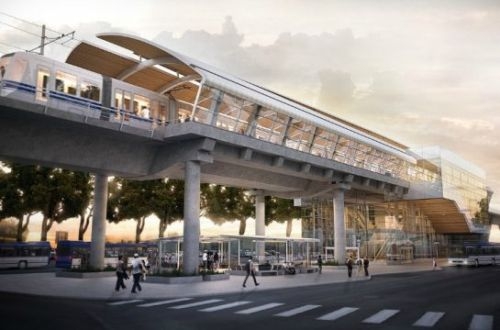 The initial 13.1km 11-station phase will link Mill Woods Town Centre with 102 Street in the city centre and is initially expected to carry around 31,500 passengers per day.

The $C 1.8bn ($US 1.29bn) project is being implemented by the TransEd Partners consortium of Bechtel, Bombardier, EllisDon and Fengate Capital Management under a design-build-operate-maintain finance contract which reached financial close in February.

Commissioning is scheduled for 2020 and future phases will extend the Valley Line to Lewis Farms to create a 27km line with 28 stations carrying around 100,000 passengers per day.