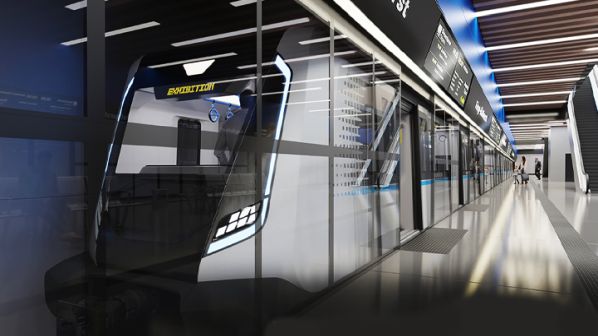 Connect 6ix was confirmed as the preferred bidder for the 30-year design-build-finance-operate-maintain contract in September. IO and Metrolinx say the deal with Connect 6ix is valued at $C 9bn ($US 6.7bn), including $C 2.3bn for capital costs and $C 6.7bn for short-term construction financing and transaction costs, rolling stock costs and 30-year operation and maintenance, lifecycle and long-term financing.

The Ontario Line’s overall capital costs are estimated at $C 10.9bn ($US 8.27bn). The project is structured as a public-private partnership (PPP) that will deploy a design-build-finance model. The Ontario Line will run from the Ontario Science Centre to Exhibition/Ontario Place in Toronto, with 15 stations, including six interchanges.

Hitachi’s role will include supply of 31 four-car, 100m-long driverless metro trains and CBTC, which will support operation at headways of up to 90 seconds. The 80km/h trains will be equipped with onboard Wi-Fi, digital passenger information screens, charging points, dedicated space for bicycles, double wheelchair areas, open gangways and regenerative braking.

Hitachi Rail and Transdev will build the control centre and rolling stock maintenance and stabling facility. Recruitment by Connect 6ix will commence immediately ahead of construction commencing in 2023, with 800 jobs expected to be created.

The consortium was confirmed as the preferred bidder in September and will be responsible for excavating the 6km of tunnels as well as a surface station that will provide interchange with the Go Transit Exhibition commuter rail station, two underground stations to integrate with the existing Toronto Transit Commission (TTC) Osgoode and Queen metro stations, and four new stations at King/Bathurst, Queen/Spadina, Moss Park and Cooktown. The group will also oversee the groundworks required to build the tunnels and stations.

IO says the winning consortium will begin mobilising its design and construction crews, with major work set to commence in early 2023 and conclude in 2030.

Meanwhile, IO and Metrolinx issued two requests for qualification for the major works contracts for the Northern segment of the Ontario Line on November 17.

The Pape tunnel and underground stations contract will include the excavation of 3km of twin- bore tunnel, underpinning of the existing TTC Pape station on Line 2, construction of two underground stations at Pape and Cosburn, three emergency exit buildings, a rail crossover in the tunnel section near Sammon Avenue and an interchange with TTC metro Line 2.

IO and Metrolink will evaluate submissions and shortlisted bidders will be invited to respond to a request for proposals in early 2023. Tenders for the two early works contracts will be issued in the coming months by Metrolinx.