THE project to develop a long-overdue new rail tunnel from New Jersey under the Hudson River to New York City took a major step forward on November 11 with the creation of a corporation within the Port Authority of New York and New Jersey to oversee the scheme. 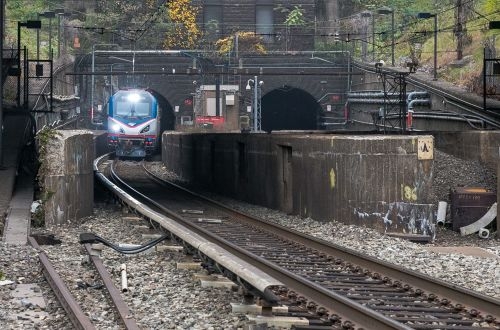 The Gateway Development Corporation (GDC) will coordinate the project and will be controlled by a four-member board with representation from the states of New York, New Jersey, Amtrak and the Federal Department of Transportation. As part of the agreement to found GDC, the federal government and Amtrak have committed to funding half of the estimated $US 20bn project, with the two states funding the other half.

The project will follow Amtrak's Gateway Program, which aims to relieve the bottleneck on the Northeast Corridor between Newark, New Jersey and New York City, by adding 25 paths during the peak. The link will parallel the existing alignment and consists of building new bridges in New Jersey Meadowlands, constructing double-track tunnels beneath the river and converting the James Farley Post Office adjacent to Amtrak's New York City terminus at Penn Station in Midtown Manhattan into a new terminal station.

The project has been described as one of the most important infrastructure projects in the United States by federal officials with the existing century-old tunnel currently used by Amtrak and New Jersey Transit deteriorating and in need of repair, particularly following damaged caused by Hurricane Sandy in October 2012.

An engineering report issued in October 2014 said that while the tunnels remain safe for operation and that there is no evidence that the tunnel linings remain unsound, chlorides and sulphates have, and are continuing to cause, significant damage to key tunnel components such as the bench walls and track as well as signalling, electrical and mechincal systems.

However, Amtrak said that it was unable to carry out the required rehabilitation until the new tunnel is operational due to the impact on services.

The announcement was made by governors of New York and New Jersey, Mr Anthony Cuomo and Mr Chris Christie, and senators Mr Cory Booker of New Jersey, and Mr Chuck Schumer of New York, who proposed creating the development corporation in August.

Various proposals to solve the capacity problem have fallen foul of politic squabbles in recent years, most notably the Access to the Region's Core scheme, which was cancelled by Christie in 2010 due to concerns with potential cost overruns for the $US 8.7bn project with the state of New Jersey liable to make up the difference. The project was expected to be completed by 2018.

The federal share of the new project could come from a mixture of grants, Amtrak revenue and federal loans. The state's share could be paid for in part by federal loans that the states or Port Authority would finance. Under the agreement, the Port Authority and Amtrak will provide staff for GDC, which will own the new tunnel and enter into operating agreements with railways to use it.