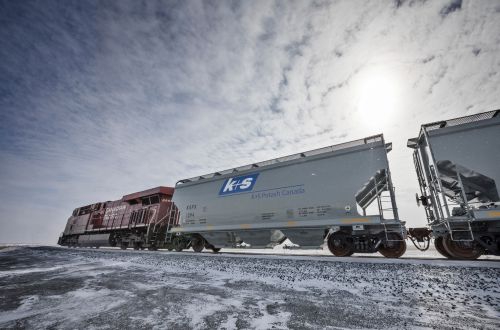 In 2013, CP signed an exclusive, long-term contract with KSPC to deliver its potash products to international markets, and began construction of a 30.4km branch connecting the new mine with the Regina - Saskatoon line.

Described by the railway as “the most significant engineering project undertaken by CP since the mid-1980s,” the project involved laying more than 50,000 sleepers, 4500 tonnes of rails, plates and fasteners, and 90,000 tonnes of ballast.

CP will operate bulk trains formed of four locomotives and 177 wagons, which will carry potash to KSPC’s handling and storage facility at Port Moody near Vancouver.

The mine is expected to reach production capacity of 2 million tonnes by the end of the year.