CANADIAN Pacific (CP) has promoted Mr Keith Creel as its new president and CEO succeeding Mr Hunter Harrison, who has retired from CP and is currently investigating another opportunity which could lead to another shake-up in the North American rail industry. 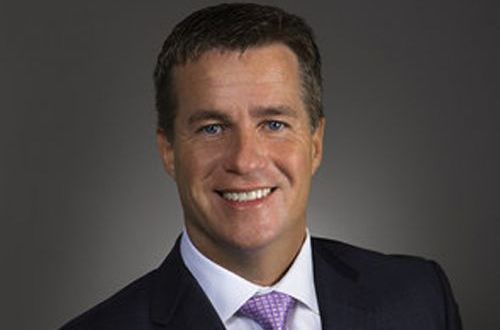 Creel began his railway career at Burlington Northern Railway in 1992 as an intermodal ramp manager in Birmingham, Alabama. He also spent part of his career at Grand Trunk Western Railroad as a superintendent and general manager and at Illinois Central Railroad as a train master and director of corridor operations, prior to its merger with CN in 1999. Creel’s professional association with Harrison began at BN.

Creel is a graduate of Jacksonville State University. He also completed the advanced management programme at the Harvard Business School.

“This transition has been planned since Keith’s arrival back in 2013 and we are confident in his abilities to lead the company,” says Mr Andrew Reardon, chairman of the board. “Under Hunter Harrison's leadership, CP built a strong foundation for future success; that foundation, together with Keith’s passion for railroading, operational expertise and commitment to customer service and safety, positions the company well for many years to come.”
Harrison has teamed up with activist investor Mr Paul Hilal, who last year left William Ackman’s Pershing Square Capital Management to launch his own activist fund, Mantle Ridge.

According to the Wall Street Journal, CSX is discussing a settlement with Harrison and Hilal that could make Harrison CSX’s CEO. The parties are reportedly discussing Mantle Ridge’s request for more than three CSX board seats, but CSX is said to be unwilling to hand over that many seats. Mantle Ridge is acquiring a large stake in CSX with the hope of installing Harrison to improve the company’s performance, and has raised more than $US 1bn for its CSX stake.

According to Reuters, “any push to quickly replace CSX CEO Michael Ward, who plans to retire in 2019, would need to occur before the company’s February 10 director nomination deadline. If the two sides fail to strike a deal, Hilal may be forced to nominate a slate of directors who can put Harrison in the CEO seat. Harrison’s track record of cutting operating costs and driving up profitability at the helm of CP and at CN has helped CSX shares surge 30% since news of the Mantle Ridge plan surfaced.”

Many industry observers believe that a Harrison-led CSX and a Creel-led CP will eventually merge, forming a US-Canada transcontinental railway and triggering a final round of Class I mergers.