CRRC to build up to 846 metro cars for Chicago

THE board of Chicago Transit Authority (CTA) voted on March 9 to award CSR Sifang America JV, a subsidiary of China's CRRC Corporation, a contract to supply up to 846 metro cars, which will be assembled at a purpose-built facility in the city. 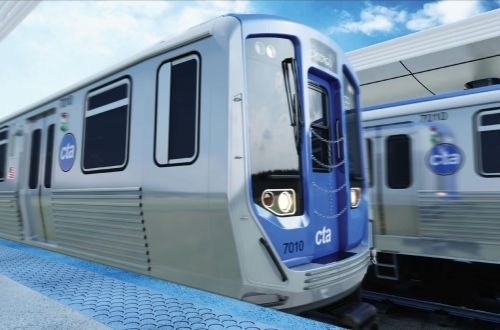 CSR submitted an offer $US 1.31bn for 846 vehicles, $US 226m lower than the rival bid from Bombardier, which supplied 714 500 series cars to CTA between 2009 and 2015. The $US 632m base order comprises 400 cars with options for a further 446 vehicles, and the 600V dc third rail trains could ultimately represent up to half of CTA's total fleet if all options are exercised.

The first pre-series cars are due to be completed in 2019 and will enter passenger service the following year. The initial build will enable the withdrawal of the 2600 series trains currently used on the Orange and Blue lines, which were supplied by Budd between 1981 and 1987.

The stainless-steel-bodied 7000 series vehicles will be assembled at a new $US 40m production facility, which will be located at the intersection of 135th Street and Torrence Avenue in the southeast of the city. CTA says it expects the plant to generate 170 new jobs.

Unlike the 5000 series, the new trains will feature a combination of lateral and longitudinal seating, which is intended to improve comfort while maximising passenger flow and capacity. This configuration was selected following consultation with passengers, the first time CTA has sought user input on rolling stock seating layouts.

The delivery of the 7000 series cars will reduce the average age of the CTA fleet to 11 years, compared with 26 years in 2011. CTA forecasts the modernisation of its train fleet will generate savings of around $US 7m per year through reduced power consumption and lower maintenance costs.

CTA began procurement for the 7000 series contract in early 2013, but the tender attracted little interest and a revised tender was subsequently launched in 2014.