CSX says that it quickly restored service throughout the areas affected by Hurricane Irma, which struck Florida on September 10, with devastating winds and flooding. 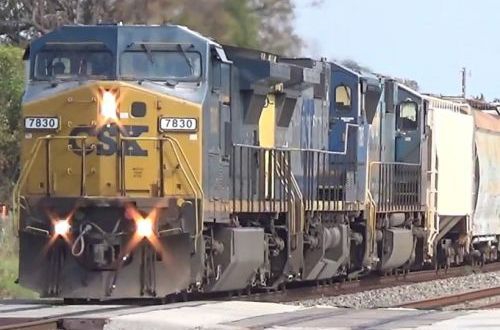 The US Class 1 railway says it “re-established rail service “in most of the southeast US within hours, into and out of northern Florida within 24 hours, and throughout the vast majority of the state within one week.”

Restoring service required clearing nearly 8000 fallen trees from obstructed tracks and deploying hundreds of generators to operate signals and crossings in response to widespread commercial power outages. Prior to the storm, CSX evacuated more than 1500 wagons from Florida, and held nearly 200 trains and thousands of wagons to avoid damage from the hurricane.

In addition to restoring rail operations, CSX also has been active in helping communities and individuals recover from the impacts of Hurricane Irma through charitable contributions and in-kind donations to local, state and national relief agencies. Among them, CSX has contributed $US 100,000 and up to $US 50,000 in in-kind transportation services to Feeding Florida, to provide food and supplies to residents of the state affected by Irma. CSX also has worked with the State of Florida to expedite critical shipments of propane, animal feed and other commodities essential for residents of the peninsula.

“I’m extraordinarily proud of our team of dedicated railroaders, who worked tirelessly to prepare for and respond to the impacts of Hurricane Irma,” said CSX President and CEO E. Hunter Harrison. “Thanks to the dedication of these individuals, CSX was able to quickly and safely restore service to customers”

• The Norfolk Southern Foundation is donating $US 100,000 and will match certain NS employee gifts as part of efforts to help people recover from Hurricane Irma. The Foundation, Norfolk Southern’s charitable giving arm, will give $50,000 to the American Red Cross and $25,000 each to the Feeding Tampa Bay and Feeding South Florida food banks. It will also match employee donations to the American Red Cross and Feeding America food banks.