CSX to acquire Pan Am Railways

UNITED States Class 1 railway CSX announced on November 30 that it had signed a definitive agreement to acquire the New England-based 2897km Class 2 Pan Am Railways. 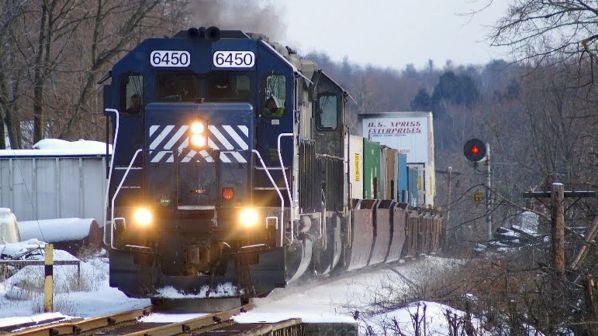 Pan Am, previously known as the Guilford Rail System, owns and operates a 1931km rail network and has a partial interest in the 965km Pan Am Southern system.

The deal will see CSX expand its reach in Connecticut, New York and Massachusetts, while adding Vermont, New Hampshire and Maine to its existing 23-state network.

The terms of the deal were not disclosed, and the acquisition is subject to regulatory review and approval by the federal Surface Transportation Board (STB).

“In Pan Am, CSX gains a strong regional rail network in one of the most densely populated markets in the US, creating new efficiencies and market opportunities for customers as we continue to grow,” says CSX president and CEO, Mr James M Foote.

“We look forward to integrating Pan Am into CSX, with substantial benefits to the rail-served industries of the Northeast, and to working in partnership with connecting railroads to provide exceptional supply chain solutions to New England and beyond.”

Pan Am Railway was put up for sale in July, with BMO Financial Group appointed to handle a transaction on behalf of principal owner, Mr Tim Mellon, and other investors.

Pan Am - previously known as the Guilford Rail System, itself formed from the merger of the Boston and Maine, Maine Central, Portland Terminal Company, and Springfield Terminal railways - owns and operates a 1931km rail network and has a partial interest in the 966km Pan Am Southern (PAS) system, which it operates through a $US 140m joint venture with Norfolk Southern (NS).

CSX announced early last month it was in negotiations to acquire Pan Am Railways, prompting NS to file a complaint with the STB, due to concerns that the merger would harm competitiveness in the rail sector.

In its STB filing, NS noted that “one of the main benefits of … joint control and ownership of PAS was to strengthen competition with CSX Transportation. Any CSX effort to acquire Pan Am would threaten to materially undermine this existing competition, impacting not only NS, but also rail shippers and other railroads. NS is concerned with CSX’s potential acquisition of Pan Am, specifically its interest in PAS, and is further concerned with CSX’s potential use of a voting trust to acquire Pan Am,” which NS said would create “competitive harm.”