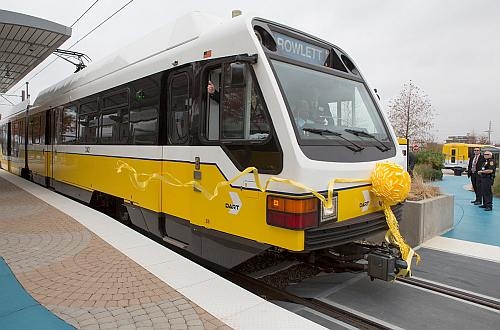 In the first expansion of the Blue Line since it reached Garland in 2002, LRVs are now running on the 7.2km extension to Rowlett Downtown, which has been constructed at a cost of $US 360m. A further extension of the Blue Line from its southern terminus at Ledbetter to the University of North Texas at Dallas is due to open in 2016.

December 3 also saw the opening of the second 6.9km phase of the Orange Line between North Lake College and Belt Line Road. The remaining 8.4km stretch to Dallas Fort Worth International Airport will be completed in 2014.