THE state of New York, New York City, and Metropolitan Transportation Authority (MTA) have reached an agreement on the remaining funding for MTA's $US 26.1bn five-year capital programme, which is being touted as the largest-ever investment in the city's public transport infrastructure. 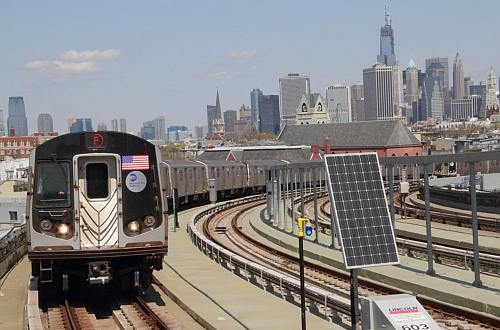 The state will contribute $8.3bn and the city will provide $2.5bn towards the programme, which outlines vital investments to renew, enhance and expand the MTA network.

The agreement marks a turning point in city, state and transit authority relations following rising tensions. MTA's chairman and CEO Mr Thomas Prendergast publically chastised the city for failing to support its transit infrastructure following a September derailment that was caused by a train coming into contact with a deteriorated section of bench wall.

Following a request by the state government, the MTA recently reduced the Capital Program Review Board element of the capital programme from $US 29bn to $US 26.8bn by introducing alternative sources of funding including design-build contracts and public-private partnerships, as well as streamlined and negotiated procurement processes. MTA will close the remaining $US 700m gap through efficiencies or reductions in the capital programme.

"Our challenge is not only to help the system continue to fuel the region's growth, but to keep up with and respond to that growth as it happens," says New York state governor Mr Andrew Cuomo. "This plan is what we need to make the system smarter and more resilient, facilitating major upgrades, expansions and building crucial pieces of equipment so that riders are not forced to accept the failures of outdated infrastructure. Today with this agreement, we are making a historic investment not only in MTA, but in the future of New York."

Prendergast added: "Almost three years ago, as the floods of Superstorm Sandy receded, the MTA's system sprang back to life, and so did New York City and the entire region. That storm dramatically demonstrated two important truths: the absolutely essential role that the MTA's integrated transit system plays in the regional economy, and the challenges of keeping the assets of such a trillion-dollar system running safely and reliably. Today, with agreement on the largest capital programme ever committed to the future of the MTA, we take a giant step toward making sure that this one-of-a-kind jewel of a system will continue doing what it must – keeping New York and the region moving, and moving ahead."