DENVER Regional Transportation District (RTD) celebrated the completion of the second phase of the Eagle public-private partnership (PPP) commuter rail project on July 25 with the inauguration of the 9.7km B Line linking Denver Union station with Westminster. 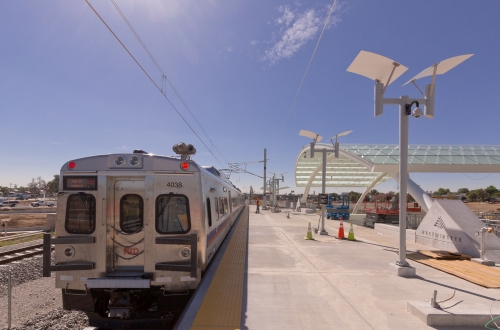 This marks the second major commuter rail line opening this year under the Eagle PPP project following the opening of the University of Colorado A Line, connecting Denver Union station and Denver International Airport, in April.

The B Line connects Westminster with Union Station, an interchange for the C, E, and W light rail lines, the A Line, and local and regional buses. Services on the B line will run every 30 minutes in peak times and hourly in the off-peak.

The new line serves the northwest region of the Denver-metro area, and will be maintained and operated by a joint venture of Fluor, Denver Rail (Eagle) Holdings, John Laing, and Aberdeen Infrastructure Investments.