CINCINNATTI Streetcar marked a milestone in the project to return trams to the city's streets on November 10, when the first of five LRVs being supplied by CAF ran under its own power for the first time on the 5.8km line. 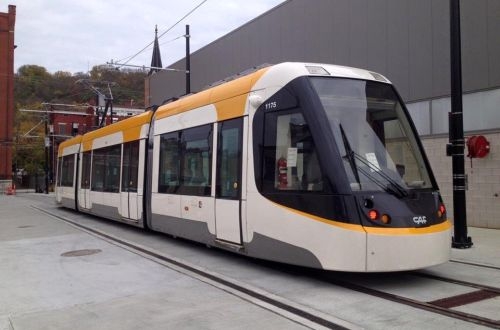 The three-section low-floor vehicles are being assembled at CAF's Elmira plant in New York state and the second LRV is due to be delivered next month, which will enable power tests to be carried out with more than one vehicle in operation. The three remaining vehicles will be delivered in January and February.

Each LRV will be subjected to around 300 hours of on-track testing before receiving safety certification from state and federal authorities.

The 18-station loop through the city centre from Second Street to Henry Street is due to open in September 2016.

Initial power testing is focussing on the 2.6km Over-the-Rhine loop and will be extended over the remainder of the line when electrification becomes fully operational next month.