Ensco will replace TTCI in managing the test facility from October 2022. 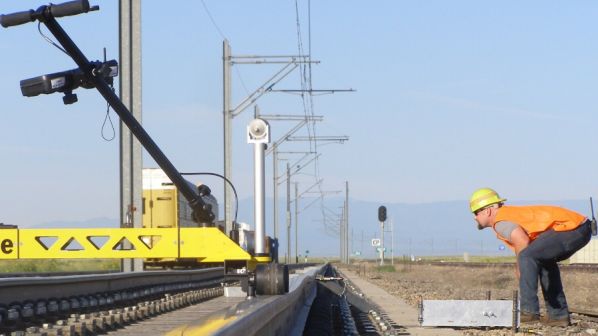 ENSCO, United States, has announced that it has secured a $US 571m contract to manage Transportation Technology Center (TTC), located in Pueblo, Colorado, commencing work in October 2022.

Ensco says it will support the objectives of the Federal Railroad Administration (FRA), which owns the facility, to expand TTC as a centre for both rail and ground transport innovation by providing research, development, testing, engineering and training services.

The contract with Ensco includes a five-year base period and three five-year options.

The Association of American Railroads (AAR) has managed TTC as a world-leading centre for railway research since 1982, predominately through its wholly-owned subsidiary, Transportation Technology Center Inc. (TTCI). TCCI has held successive single-source Care, Custody and Control Contracts signed with the FRA. However, in 2019, the FRA issued a request for information to update the facility and its functions, potentially to incorporate testing for other US Department of Transportation (DOT) agencies such as the Pipeline and Hazardous Materials Administration (PHMSA).

TTC consists of more than 80km of railway test tracks and specialised laboratories for testing locomotives, vehicles, track components, and communications and signalling devices. TTCI researchers work with AAR members, including US and Canadian Class 1 railways, as well as suppliers and international clients.

Ensco says it will be supported by a team of leading surface transport research, training, technology and facilities management organisations focused on next-generation technology supporting transport infrastructure. This team will be further supported by the Center for Surface Transportation Testing and Academic Research (C-STTAR) consortium of eight universities and academic research centres established by Ensco. C-STTAR provides expertise in research across all modes of surface transport, including intermodal, and Ensco says it will support TTC’s growth initiatives.

“We have assembled an incredible team of industry and university research, safety, technology, testing and training entities to serve the needs of FRA, DOT and the surface transportation industry,” says Ensco president, Mr Boris Nejikovsky.

“We are excited to support the many site stakeholders, including the AAR and its members, to continue the important railroad research occurring at the centre today and to expand the capabilities of the site to other modes of transportation with this robust team. Ensco also looks forward to supporting the local Pueblo economy by partnering with local leadership, universities and business, attracting visitors who participate in site activities and recruiting top technical talent to the area.”

TTCI told IRJ’s sister publication Railway Age that it will continue to deliver in all of its capacities in support of the AAR.

TTCI, in its formal announcement on March 5, which made no mention of Ensco, noted that the transition to a new facilities manager under a new Care, Custody and Control Contracts “is not expected to result in major modifications to TTCI’s services.”

“TTCI will continue to perform research and engineering services in accordance with its mission to advance safety, reliability and efficiency in the rail industry, and will determine any future usage of the TTC in alignment with the new DOT contractual condition and site availability,” the company said.

Railway Age editor-in-chief, William Vantuono, reports citing an independent source that in light of the award of the contract to Ensco, AAR/TTCI is considering its options, among which could be launching a formal protest.