CANADIAN prime minister Mr Justin Trudeau announced on June 16 that the federal government will provide up to $C 1.1bn ($US 830m) through the Investing in Canada Plan for the Stage 2 expansion of Ottawa’s light rail network. 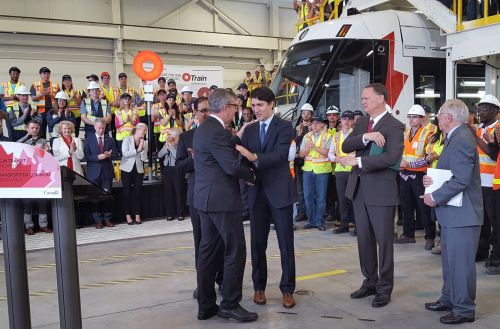 The announcement comes a year after the province of Ontario committed $C 1bn to the $C 3bn Stage 2 project, which will add 38km and 23 stations to the network.

Construction will begin next year and Stage 2 is due to be completed by 2023, bringing 70% of Ottawa’s population within 5km of a light rail station.

In addition to the funding announced by Trudeau, the federal government has also committed $C 66m towards early works and engineering, acquisition of rolling stock, design of rail-to-rail grade separation, and consultation with indigenous communities.