FERROMEX owner Grupo México confirmed in a statement to the Mexican stock exchange on March 27 that it has reached an agreement to acquire a 100% stake in Florida East Coast Railway Holding Corporation (FEC). 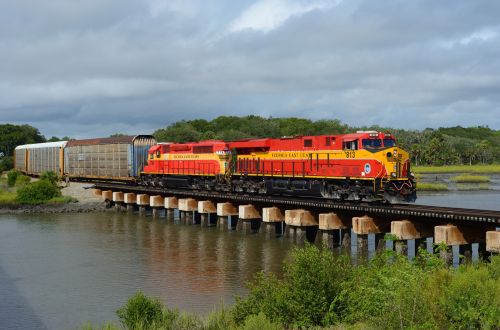 The cash transaction, which is subject to approval by authorities in the United States, has an estimated value of around $US 2bn including debt.

Grupo México says the acquisition will position Ferromex - Mexico’s largest railway - as a consolidated railway operator in the United States, significantly improving the reach, scale, and diversity of its services.

FEC operates a 565km main line linking Miami and Palm Beach with St Augustine and Jacksonville, where it interchanges with Class 1 railways CSX and Norfolk Southern. FEC handles around 550,000 wagonloads of freight per year with commodities including chemicals, metals, wood, and automobiles.

FEC is owned by funds managed by subsidiaries of New York-based Fortress Investment Group, which was sold last month to SoftBank, Japan.