THE National Gateway coalition, which includes US class 1 railway CSX, announced on September 5 that it has completed the first phase of its $850m project to create a new double-stack intermodal freight corridor between the Atlantic Coast and the Midwest. 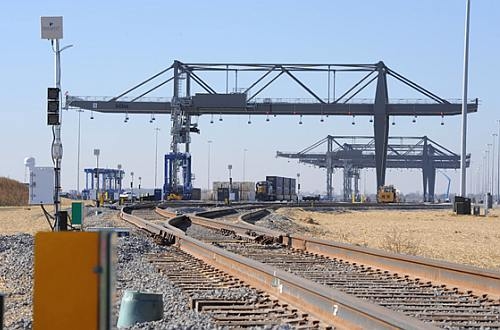 The completion of the first phase will allow CSX to begin operating double-stack trains between its existing terminal at Chambersburg, Pennsylvania, and the new 185-acre intermodal facility in Wood County, Ohio, which was commissioned in February 2011 and already handles around 2 million containers per year.

The National Gateway is a public private partnership which is being made possible through a combination of federal and state funds and investment by CSX. Public funding for phase 1 of the project was aided by a federal Transport Investment Generating Economic Recovery (Tiger) grant secured by the state of Ohio.

Phase 2 will see to extension of double-stack clearance from Chambersburg to the mid-Atlantic ports.