CANADIAN Pacific Railway (CP) has agreed to sell the western section of the Dakota, Minnesota & Eastern Railway (DM&E), which it acquired in 2008, to Genesee & Wyoming (GWI). 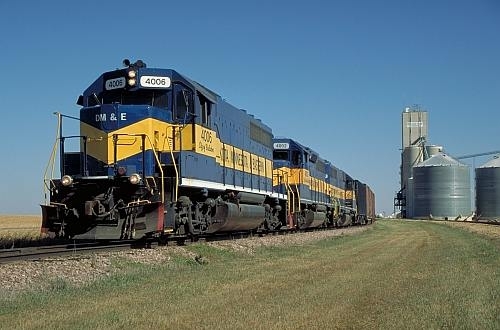 The transaction covers a 1062km section of the network stretching from Tracy, Minnesota, to Rapid City, South Dakota, Colony Wyoming, and Dakota Junction, Nebraska, including connecting branch lines and the line between Dakota Junction and Crawford, Nebraska, which is currently leased to the Nebraska Northwestern Railroad (NNW).

The purchase price is around $US 210m, which includes equipment and vehicles.

According to CP the western section of the DM&E carries around 52,000 wagonloads of freight per year, with commodities including grain, bentonite clay, ethanol and fertilizer. The new Rapid City, Pierre & Eastern Railroad will interchange with CP as well as Union Pacific, BNSF, and NNW.

The sale is due to be completed by the middle of this year, subject to approval by the United States Surface Transportation Board.

CP says the agreement concludes the comprehensive strategic review process that the railway launched in December 2012. CP has operated the railway in this area since it assumed operational control of the DM&E in 2008, and will continue to own and operate around 3000km of former DM&E lines following the sale of the western section.