Go-ahead for US tram projects

OKLAHOMA City and San Antonio, Texas, moved a step closer to starting construction on their first tram lines on September 24 after projects in both cities were approved in crucial ballots. 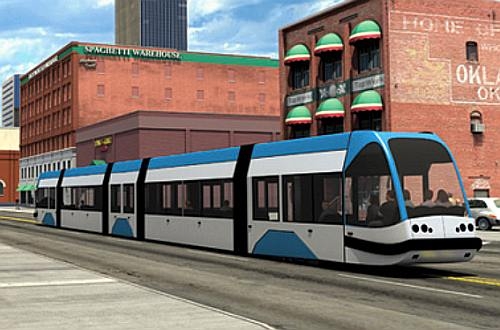 In a 5-to-3 vote, Oklahoma City Council members backed construction of a 7.2km line serving St Anthony Hospital, the city centre, and Bricktown. The $US 130m project is part of the city's $US 777m 10-year MAPS 3 urban regeneration programme, which is being funded with the aid of a one-cent tax initiative. The $US 130m line is due to be commissioned in 2017.

Meanwhile in San Antonio the board of VIA Metropolitan Transit Authority voted in favour of building 9.5km tram line from Robert Thompson Transit Center to El Mercado, Travis Park, and Lower Broadway. The authority says it has identified $US 210m in funding for the project, but it still needs to secure a further $US 70m, with federal funding a possibility.

The line is expected to open in 2017 and forecast ridership is around 1.4 million passengers per year.

With a population of around 1.3 million, San Antonio is the largest city in Texas without an urban rail system.