HOUSTON's Metropolitan Transit Authority of Harris County (Metro) celebrated the opening of two new light rail lines over the weekend of May 23. 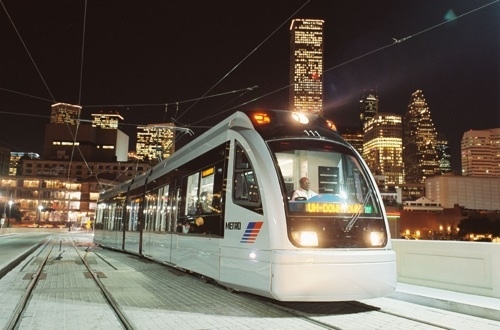 The line is served by a fleet of 39 H3 LRVs supplied by CAF USA with the first six vehicles entering service in January on the North Main Street (Red) line. The 29.6m-long vehicles can accommodate up to 242 passengers, 64 of them seated.

Metro hosted "Railfest" on May 23 to mark the start of the service, which included a free concert and fireworks display, while all rides on the new service were free throughout the day.

"Since construction started you can see the difference that light rail is making in these neighbourhoods," says Metro chairman Mr Gilbert Garcia. "Old businesses are expanding and new businesses are emerging."

A further two-station extension of the Green Line is under construction on an existing freight line which take the service to the Magnolia Transit Center. The extension is expected to open in 2017.