It looks as though the battle between CP and CN for control of US Class 1 railway Kansas City Southern is finally over after KCS accepted CN’s offer on May 21. 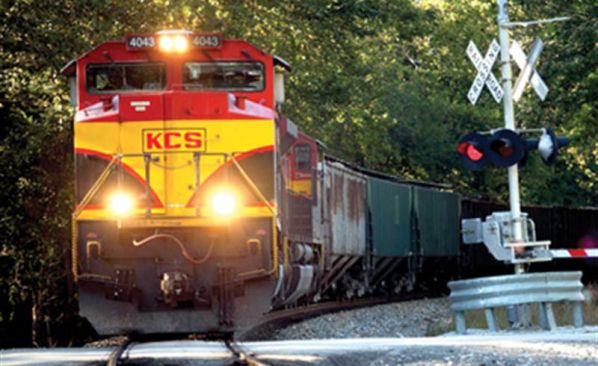 The battle for control of KCS appears to be over as KCS accepted CN's merger offer on May 21.

CANADIAN National (CN) and Kansas City Southern (KCS) entered into a definitive merger agreement on May 21 that, barring an unexpected twist, ends weeks of tug of war between CN and Canadian Pacific (CP) for control of KCS.

CN’s revised offer was submitted to and determined by the KCS board of directors as a “Company Superior Proposal” on May 13 and the KCS board unanimously accepted CN’s offer on May 21. KCS also notified CP on May 13 of its intent to terminate its merger agreement with CP and enter into a definitive agreement with CN, “subject to CP’s right to negotiate amendments to the merger agreement for at least five business days, and the KCS board’s further determination as to whether any such amendments would cause the CN proposal no longer to constitute a Company Superior Proposal.” CP did not offer any amendments.

“Following this determination, KCS terminated the CP merger agreement and entered into a merger agreement with CN,” KCS announced on May 21. “Under the terms of the CN merger agreement, upon closing, each share of KCS common stock will be exchanged for $US 200 in cash and 1.129 shares of CN common stock. Closing will be subject to customary conditions, including KCS stockholder approval and approval by the Surface Transportation Board (STB) of CN’s proposed voting trust.”

However, on May 13 the STB denied CN’s voting trust application on the grounds that it was incomplete,” but “without prejudice to filing a new motion.” On May 14, CP said it concurred with the Department of Justice’s (DoJ) objection to CN’s proposed use of a voting trust on the grounds that a CN merger with KCS would pose greater risks to competition than the CP-KCS agreement. The filing notes: “A CN-KCS transaction poses additional dangers to competition stemming from the potential elimination of direct, ‘parallel’ competition on routes served by both railroads, for example between Baton Rouge and New Orleans.” CN’s proposed use of a voting trust would create “threats to competition [that] would be present immediately after the CN voting trust is consummated.” The DOJ added that it is particularly important to protect the incentives of CN and KCS to compete where CN and KCS appear to compete head-to-head on multiple parallel routes.

In connection with the termination of the CP merger agreement, KCS paid CP a breakup fee of $US 700m, which will be reimbursed by CN. KCS noted it “will be obligated to refund this amount under certain limited circumstances, including if KCS terminates the CN merger agreement to accept a superior proposal.” That statement, some industry observers note, means KCS did not slam the door shut on CP, but left it open at least a crack, should CP make a counter-offer, despite CP president and CEO Mr Keith Creel’s repeated pronouncements that he does not wish to enter a bidding war with CN.

CP reported on May 21 that it had submitted a letter to the STB responding to the KCS board decision to terminate the merger agreement with CP and enter into a definitive agreement to combine with CN. In the letter, CP said it “intends to proceed to prepare and file its application in this docket seeking board authority to control KCS and its US rail carrier subsidiaries.”

“I am confident that together with KCS’s experienced and talented team, we will meaningfully connect the continent - enhancing competition, offering more choice for customers, and driving environmental stewardship and shareholder value,” says CN president and CEO, Mr J J Ruest.

“Our companies’ cultures are strongly aligned, and we share a commitment to environmental stewardship, safe operations, reliable service and outstanding performance,” says KCS president and CEO, Mr Patrick Ottensmeyer. “As a larger continental enterprise with complementary routes and an enhanced platform for revenue growth, capital investment and job creation, we will be positioned to deliver on the transaction’s powerful synergies which will create new growth opportunities for our customers, employees, labour partners, communities and shareholders.”