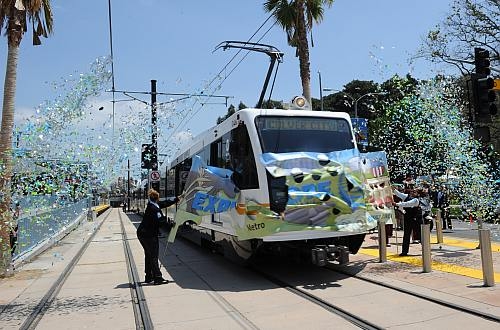 Construction began in 2006 on the 13.8km, $US 932m line between Pico station in Los Angeles city centre, and Culver City. Services currently run only as far as the penultimate station, La Cienega and Jefferson, with Culver City due to open in June.

More than 45,000 passengers sampled the line on the first full day of operation.

Work is now underway on the second phase of the project, which will extend the line 10.6km to reach Santa Monica by 2016 at a cost of $US 1.5bn.