THE world's ninth-busiest airport finally got its first direct passenger rail connection on August 15 with the inauguration of the extension of the Dallas Area Rapid Transit (Dart) Orange Line to Dallas-Fort Worth International Airport (DFW). 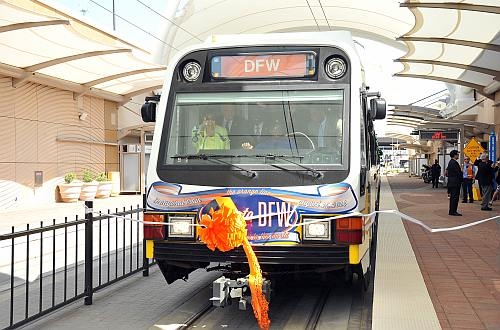 Commercial services began on August 18 on the 8km extension from Belt Line to DFW Terminal A, which takes the total length of the Dallas light rail network to 145km.

DFW constructed the airport station as part of its Terminal Renewal and Improvement Programme, while Dart was responsible for constructing the infrastructure. The $US 152m project was completed under budget and four months ahead of schedule.

DFW is used by more than 60 million passengers per year, making it the fourth-busiest airport in the United States.