LOS ANGELES County Metropolitan Transportation Authority (LACMTA) has awarded CRRC a contract to supply 64 metro cars for the city’s Red and Purple lines, with options for up to 218 additional vehicles. 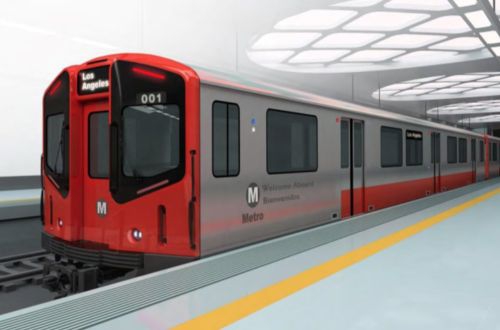 The order could be worth up to $US 647m if all options are exercised, with funding drawn from a combination of local and federal sources.

The HR4000 vehicles will replace existing trains and support the expansion of the network, with 34 cars destined for operation on the extension of the Purple Line to downtown Beverly Hills and Century City, which is due to be completed in 2023.

Bodyshells for the new fleet will be fabricated by CRRC Changchun Railway Vehicles in China, with final assembly taking place at CRRC’s new plant in Springfield, Massachusetts. A new facility will also be established in the Los Angeles area to manufacture major components for propulsion, HVAC, and lighting systems, creating around 50 jobs in California.

The first prototype vehicle will arrive in Los Angeles in the second quarter of 2020 and the base order of 64 vehicles will be delivered by September 2021.

LACMTA says the order exceeds minimum requirements for federal “Buy America” legislation, which requires at least 60% of components to be produced in the United States.

LACMTA says CRRC offered the best overall proposal in the tender with the highest-rated technical offer and lowest price. The company also had the strongest local employment offer and highest US component content.

For detailed data on metro train orders around the world subscribe to IRJ Pro.