A GROUNDBREAKING ceremony was staged in Los Angeles on November 7 to mark the start of work on the first phase of a project to extend the Purple Line metro by 6.35km from its current terminus at Wilshire/Western to Wilshire/La Cienega in Beverly Hills. The extension will open in 2023. 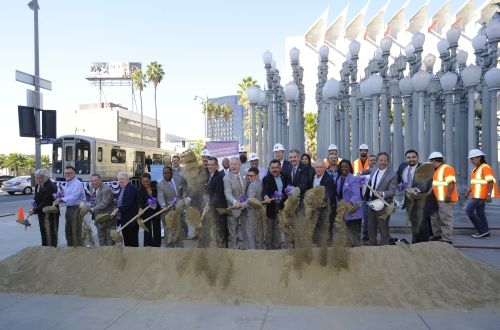 The project has been mooted for decades, and two groundbreaking ceremonies were held in 1962 in an attempt to raise funds. The scheme is finally underway because nearly 68% of Los Angeles County voters approved a half-cent sales tax increase in 2008 to provide local funding, combined with a $US 1.25bn federal grant and a $US 856m loan.

Los Angeles Metro is trying to secure funding for the second phase of the Purple Line extension to downtown Beverly Hills and Century City.