MARYLAND Transit Administration (MTA) has decided to phase out its fleet of four AEM7 and six HHP8 electric locomotives used on Marc commuter services on the Northeast Corridor (NEC) and replace them with eight new 200km/h Siemens Charger diesel locomotives. 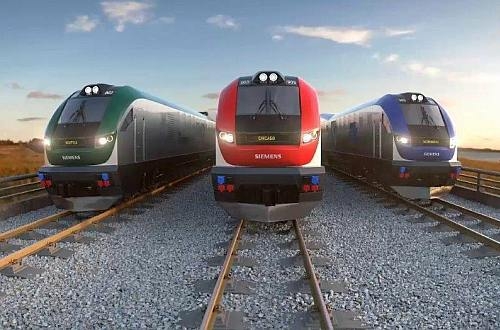 MTA plans to ask Maryland's Board of Public Works for permission to add the order on to an Illinois Department of Transportation contract with Siemens at an estimated cost of $US 58m. Amtrak, which has maintained Marc's electric fleet since 1983, will no longer be able to provide the service from June 2016 because it has withdrawn its own HHP8s and is phasing out its AEM7s as new Siemens ACS-64 electric locomotives enter service on the NEC.

The Charger locomotives will be equipped with a 3.28MW-rated 16-cylinder Cummins QSK95 diesel engine, which will be compliant with US Environmental Protection Agency (EPA) Tier 4 emissions standards.

The locomotives are due to be delivered by late 2017, although a date has not yet been scheduled for the proposal to go before Maryland's Board of Public Works.

In June Southeastern Pennsylvania Transportation Authority (Septa) approved an order for 13 ACS-64 electric locomotives to replace its fleet of AEM7s.