MARYLAND governor Mr Martin O'Malley announced on September 4 that the state will allocate $US 689m towards Baltimore's planned light rail Red Line as part of a $US 1.5bn investment in transport projects in the Baltimore Metropolitan Region. 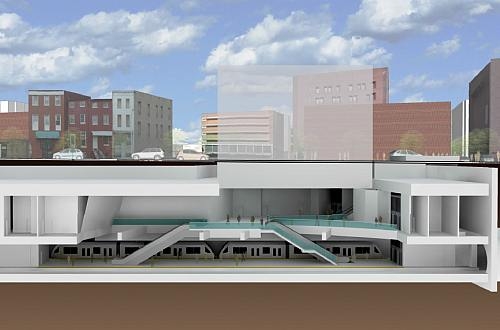 The funding will include $US 170m for land acquisition and $US 519m for final design and the initial stages of construction, which is due to begin in 2015.

The 22.7km east-west line will run from Woodlawn in Baltimore County to Johns Hopkins Bayview Medical Center with 20 stations, five of them underground. Maryland Transit Administration completed a final environmental impact statement in December 2012 and the US Federal Transit Administration approved the project in March.

Commercial services are due to begin on the $US 2.21bn line in early 2021 and average ridership is forecast to be around 48,000 in the first year of operation, increasing to 57,000 passengers per day by 2030. A fleet of 38 LRVs will be required to operate services, which will run at 7-8 minute headways at peak times and 10-minute intervals during off-peak periods.

Other measures announced by O'Malley include $US 246m for the renewal of rolling stock and signalling on the Baltimore Metro Subway and $US 46m to launch weekend services on the Marc commuter rail network. From December 7, the Penn Line will be served by nine return trains on Saturdays and six on Sundays.