MASSACHUSETTS Bay Transportation Authority (MBTA) is inviting expressions of interest for design and build services for the proposed 7.6km Green Line extension project from Cambridge to Somerville and Medford. 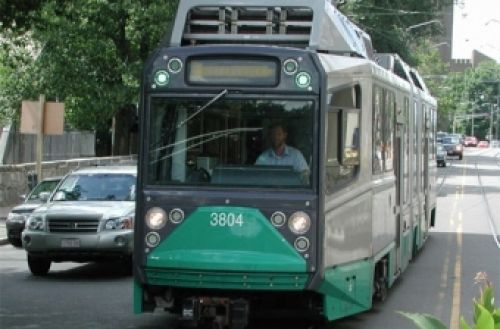 The project includes the design and construction of two branches of the existing Green Line: a main line branch which will operate within the existing MBTA Lowell Line’s right-of-way, running south of the relocated Lechmere Station in Cambridge to Medford; and a 1.4km branch line operating in the existing MBTA Fitchburg Line right-of-way to Union Square in Somerville. Seven new stations will be constructed as part of the project, including Lechmere, as well as associated electrical and signalling systems, and a new rolling stock depot.

MBTA intends to enter into a design-build contract with the best-value design-build entity that will be identified through a two-phase selection process, which includes a request for qualifications and a subsequent request for proposals.

Work will include design and construction of stations, bridges, retaining walls, a community path, a vehicle maintenance facility, tracks, signalling, power and other rail facilities. The project will also include testing and commissioning.

The contract is worth approximately $US 1bn, with the complete project estimated at $US 2.4bn, with funding coming from local, state and federal funds. The Federal Transit Administration pledged $US 996m through its New Start Engineering Programme for the project in December 2014.

MBTA began work on the extension's right-of-way in March 2013, marking the first major expansion of its light rail system after years of numerous false starts and political indecision.

MBTA will host a pre-procurement forum for the project on November 16 at the Park Plaza hotel in Boston.