CHICAGO commuter operator Metra has awarded Alstom a $US 1.8bn framework contract for the purchase of up to 500 double-deck commuter coaches, which includes an initial order for 200 coaches. 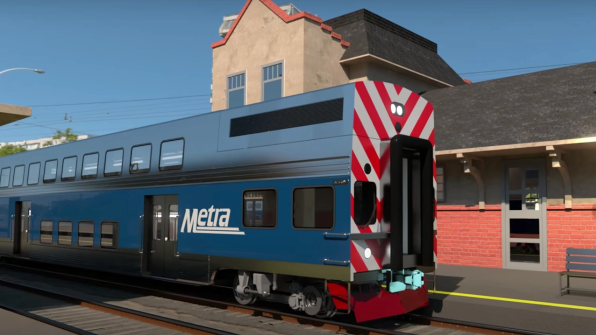 The coaches, a customised version of the Coradia Duplex model, will be built at Alstom’s site in Hornell, New York. The first vehicle is slated for delivery in mid-2024, 42 months after the contract is finalised, with the completion of the full base order expected 30 months later, in late 2027 or early 2028.

The coaches will be partially funded through Metra’s $US 386.8m capital programme for 2021, which was approved in November and set aside $US 61.5m for the coaches, which had been part of the board’s plan since 2014.

The new coaches will have an advanced air-conditioning system with anti-viral air purifiers, a microprocessor-controlled braking system, and passenger area CCTV. The coaches will also have improved accessibility compared with Metra’s older stock, with two doors on each side equipped with wheelchair lifts. They will also feature video screens, bike racks, bag storage, charging outlets, cup holders and arm rests.

Currently, around 40% of Metra’s 840-coach fleet is rated by the operator as being in “marginal or poor condition, although still safe to operate.” The new coaches will offer increased reliability, while reducing operating costs.

“This move is truly transformational,” says Metra CEO and executive director, Mr Jim Derwinski. “We are finally modernising one of the oldest fleets in the country and, in doing so, we will improve operations while elevating our passenger experience to an entirely new level. It’s really part of our long-term plan to evolve and serve the changing needs of today’s commuters.”