Hydrogen was being explored as an alternative to full electrification on the GO Transit network. 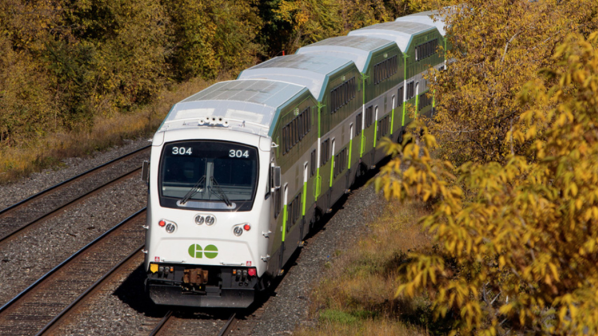 ONTARIO’s Metrolinx transport agency has rejected hydrogen traction as a possible option for use as part of Toronto’s Go Transit commuter rail expansion plan, having concluded that the technology would not meet its immediate needs.

Hydrogen traction will consequently not be included in a reference concept design for Metrolinx’s rail expansion plan, which will include $C 75bn ($US 59.3bn) of spending on metro, commuter rail and light rail projects. The plan’s key objectives include quadrupling train services from 1500 to 6000 trips per week, lowering operating costs and reducing its use of carbon-emitting energy sources.

Tendering for the expansion project is currently underway, with bidding scheduled to close in early 2022. Bidders are expected to propose technology that can meet the service requirements set out in the reference concept design.

The decision was made following the findings of Metrolinx’s 2018 Hydrail Feasibility Study, which explored the technology as an alternative to conventional electrification of 680 track-km of line and found that although hydrogen-powered commuter trains were “technically feasible”, implementation would be complex and challenging.

The study, commissioned by Ontario's Ministry of Transportation in 2017 and carried out by CH2M Hill Canada, a subsidiary of the Jacobs Engineering Group, Ernst & Young, and Canadian Nuclear Laboratories, identified two significant challenges for such a project.

Firstly, the complexity of integrating the fuel cell system into the rail vehicle platform risked delays to the design and construction of a fleet of hydrogen trains for the proposed high-density RER services. Secondly, the system would require around 1% of the electricity generated daily in the province of Ontario and would therefore be vulnerable to fluctuations in energy prices.

The study also expressed concerns that hydrogen technology has not yet been implemented in an equivalent rail environment on the scale of the GO Transit network, and raised questions regarding fuel production, storage, transport and refuelling.