THE long-running dispute between Metrolinx and Bombardier over the late delivery of LRVs for new light rail lines in the Toronto area took another turn on May 12, when Ontario provincial minister for transportation Mr Steve Del Duca announced the agency has placed a $C 529m ($US 386m) order with Alstom to for 61 low-floor LRVs. 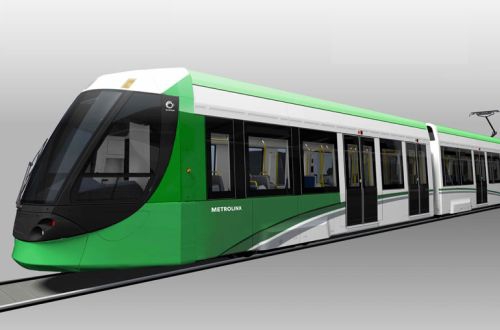 Metrolinx awarded Bombardier a contract worth up to $C 770m in June 2010 to supply up to 182 Flexity Freedom LRVs. Deliveries were due to take place between 2013 and 2020, but after repeated delays Metrolinx filed a notice of intent to terminate the contract in November 2016. However, Bombardier won an injunction which prevented Metrolinx from unilaterally cancelling the contract.

The dispute resolution process continues, but Metrolinx says this could take a further 8-12 months to conclude. “We can’t wait that long to determine whether Bombardier can deliver,” says Mr John Jensen, president and CEO of Metrolinx. “We are hopeful that Bombardier can get its programme on track. However, the steps we are taking gives us a safety net if Bombardier is unable to fulfil its contract.”

Alstom will supply 17 Citadis Spirit LRVs for the Finch West LRT and 44 vehicles for the Eglinton Crosstown line, although the latter could be reassigned to the Hurontario LRT project if enough Bombardier vehicles are delivered in time. The contract includes an option for additional vehicles.

The 48m-long vehicles will accommodate up to 321 passengers.

Alstom is currently supplying 34 Citadis Spirit LRVs for Ottawa’s Confederation Line, and all but one of these vehicles is being assembled locally. Alstom says it has completed a third of the fleet and these vehicles are at various stages of static and dynamic testing at Belfast Yard storage and maintenance facility in Ottawa.