MEXICO's Federal Secretariat of Communications and Transport (SCT) is to invite bids next year for concessions for a series of passenger rail projects, under proposals unveiled by the country's new president Mr Enrique Peña Nieto. 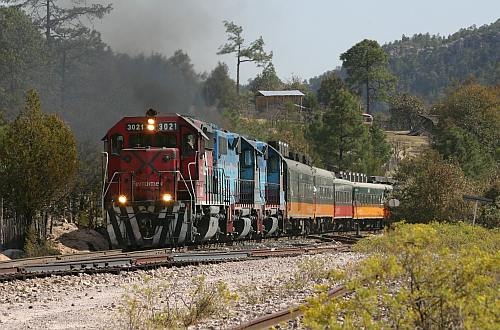 Options are currently being evaluated for an inter-city service between Mexico City and Querétaro, which could involve upgrading the existing 245km freight line, or construction of a completely new alignment, which would cost around $US 3.6bn. This line was previously electrified, although the catenary was removed following privatisation.

New services are also proposed between Mexico City and Toluca, and a link between the states of Yucatán and Quintana Roo. The government has allocated a budget of $US 2.32m for studies on the latter project.

In addition, a number of urban rail projects are set to benefit from federal support. These include Line 3 of the Monterrey Metro, a new mass transit system in Chalco, and an extension of the Guadalajara light metro.