A ribbon-cutting ceremony was held at Union Station in St Paul, Minnesota, on June 14 to mark the official opening of the Metro Transit light rail Green Line, which links St Paul with the neighbouring city of Minneapolis. 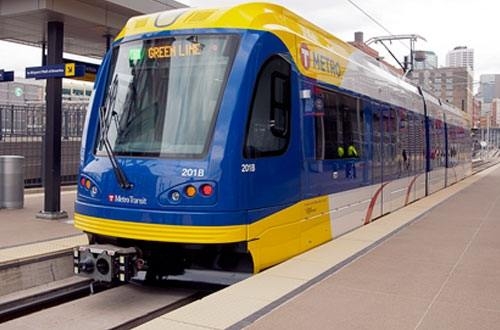 The 18km line runs from St Paul Union Station to the University of Minnesota and Minneapolis city centre, sharing Blue Line tracks for the final 2.5km between Downtown East station and the terminus at Target Field, which is an interchange with the Northstar commuter rail line.

Services on the 18-station line are operated by a fleet of 47 Siemens S70 LRVs.

The United States Federal Transportation Administration provided $US 474m through its Capital Investment Grant Programme, as well as $US 4.5m in other funds toward the $US 957m project.